I want to give a brief sketch of Soren Kierkegaard’s explanation of demonic despair (the third and most intense kind of despair in the Sickness Unto Death) because I think it helps us understand Dostoveysky’s Nikolai Stavrogin better (for more on this series, see part one, two and three)

Essentially, Kierkegaard’s idea is that a self who is very well aware of himself, including his sinfulness, begins to experience this kind of despair when he is not willing to accept himself--the particular person that he is, with all of his limitations, inclinations, predispositions, all of the things that he’s done and have happened to him.

Instead, it’s as if he wants to recreate and fashion a whole new self based on what he wants and how he thinks things should be.  In Kierkegaard’s words, “he does not want to accept his given self as his task.”

Kierkegaard points out that his could give the appearance of “deep nature which is so sensitive about its sin,” especially when he says things like, “I will never forgive myself,” or “There is no forgiveness for me.” Such an attitude, however, does not lead to a brokenhearted contrition, where the self finally breaks down and opens himself up to be consoled and healed.  Instead, it gradually leads to complete isolation and communication breakdown with the outside world.

Kierkegaard writes, “the self sits behind a carefully closed door, locks itself inside with a jammed lock and protects itself against every pursuit by the good... As if he’s aware of himself as an error but defiantly refuses to be corrected.” 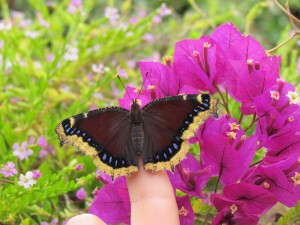 What is the cure for despair?  Kierkegaard’s answer is:  the self must be grounded and rest transparently in the power that established it--God.  I think the term “rest transparently” speaks to the idea of not hiding (see my previous post).  Elizabeth Morelli in her essay on Kierkegaard, uses Psalm 139 to convey his meaning.

O Lord, you have searched me and known me.

You know when I sit down and when I rise up;

You discern my thoughts from far away...

Even before a word is on my tongue,

O lord, you know it completely.

You hem me in, behind and before,

and lay your hand upon me...

Where can I go from your spirit?

Or where can I flee from your presence... 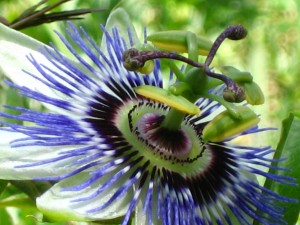 God is omnipresent and omniscient.  He is everywhere and knows everything about us, our darkest secrets and foulest thoughts, not as a harsh judge ready to condemn us but as our Maker who loves and wants to protect what he makes.  He fashions our bones together from the earliest moments of conception, “fearfully and wonderfully” putting us together (Psalm 139).

We are invited by Kierkegaard and the psalmist to open ourselves up, to adore and worship our Maker, and to be grateful for his creation, which includes ourselves.

And I’ll end with a quote from Rowan Williams (again) from his Christ on Trial.

Truthful living involves being at home with ourselves, not complacently but patiently, recognizing that what we are today, at this moment is sufficiently loved and valued by God to be the material with which he will work, and that the longed-for transformation will not come by refusing the love and the value that is simply there in the present moment... And only by the grace of this living in the truth, we are able to say to [this world] at least an echo of the ‘yes’ that God says, to accept as God accepts.