The Raising of Lazarus

After one moment when I bowed my head
And the whole world turned over and came upright,
And I came out where the old road shone white,
I walked the ways and heard what all men said,
Forests of tongues, like autumn leaves unshed,
Being not unlovable but strange and light;
Old riddles and new creeds, not in despite
But softly, as men smile about the dead.
The sages have a hundred maps to give
That trace their crawling cosmos like a tree,
They rattle reason out through many a sieve
That stores the sand and lets the gold go free:
And all these things are less than dust to me
Because my name is Lazarus and I live.

In the story of raising Lazarus, Jesus doesn’t respond to the sisters’ indirect request to heal Lazarus and allows him to die because he has a plan to use this as an occasion to do a great miracle in order to bring glory to God, himself and to increase the faith of his disciples and other eyewitnesses.  This could appear as unloving of Jesus.  Is he using his dear friends, Mary, Martha and Lazarus, whom he loves, as a means to his own ends?  Surely he knows how much Mary and Martha will suffer as a result of his failure to respond to their request? 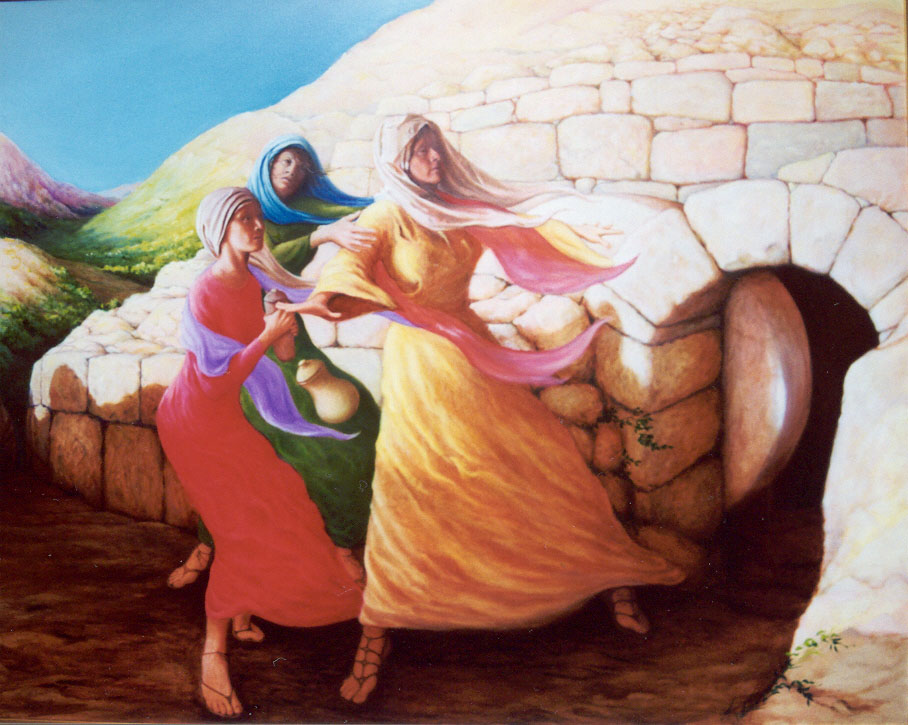 These are some of the questions Eleonore Stump raises in her deeply moving interpretation of this story in her book Wandering in Darkness.  In chapter 12, entitled “The Story of Mary of Bethany: Heart-brokenness and Shame,” she writes that in fact, it is part of Jesus’ plan to give his friends, Mary, Martha (and Lazarus) a great gift - glory.  She explains glory in two ways.  First, glory could be a matter of being admired and celebrated.  So for instance, “Sophie Scholl is glorious because of her courageous resistance to the Nazi government.”  Secondly, glory could be a matter of something “having intrinsic excellence or refulgent splendor with no implications that it’s widely known or honored.”  So the miracle of raising Lazarus will contribute to God’s glory only in the first sense, since nothing more could be added to God’s intrinsic excellence.  The miracle will increase “God’s renown among human beings, increasing the praise given to God by human beings.”

Mary, Martha and Lazarus, on the other hand, gain glory in both senses of glory.  Before the miracle they were undistinguished and not many knew of them.  After the miracle their names have been passed on, honored and celebrated.  More importantly, Stump points out, because of Jesus’ plan they grow in inner excellence, since in consequence of the events involving the raising of Lazarus, their trust and love for Jesus is deepened, and they have a better understanding of him and his love for them.  So as they draw nearer to him they acquire more inner excellence (become more glorious.)

Here’s a very brief summary of a part of her interpretation of the story.  Even though Jesus believes that his failure to respond immediately to the sisters’ message will cause them great suffering, he counts on their trust in him; “he’s relying on them as his more advanced followers, as his closer friends” to maintain their trust in him and his love for them, to have the kind of faith in him “as Abraham had in God when he became the father of faith;” that he will not betray them and will give them the desires of their hearts.  So not only is it not the case that Jesus is using them for his private ends, but in his love for them he wants to give them a great gift - glory.

4 Responses to 'The Raising of Lazarus'