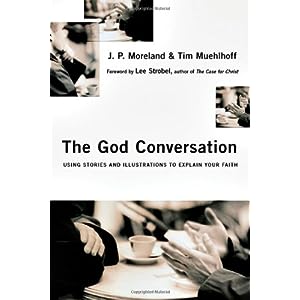 Sound communication is essential to our witness of what we know, and what we help others come to know, about God, reality, truth, salvation, the meaning of life, what is good and evil, and a whole host of other topics related to the “big questions” of human existence. Spokespersons for Jesus and His Kingdom agenda in this world must learn to communicate well, regardless if one self-identifies with having an “apologetics ministry” or an “evangelistic ministry.” Leaders of apologetics, evangelism, and preaching/teaching ministries have no excuse. If you have not adequately paid attention to the stewardship of your communication, now is the time to engage.

Communication involves more than just our speech, but it also involves how we live, including our very demeanor. That is why (among other reasons) Christian witness must be full of the beautiful flourishing of Christian character and virtue. From such a winsome life, Christian speech about the big questions can be heard and seen to be fruitful.

The God Conversation is an invitation to come and be encouraged about how to converse well with others and to utilize handy illustrations in order to help people come to know what is real. I am enormously grateful to have co-authored this book with Biola’s Associate Professor of Communication, Tim Muehlhoff. Tim embodies the virtues of this book and so much more (and I was delighted to have him and our Biola colleague, Todd Lewis, co-author Authentic Communication, which is part of the IVP Christian Worldview Integration series, co-edited by me and Baylor’s Frank Beckwith).

We’ve been training students, pastors, educators and laypeople in apologetics for a combined total of seventy years and have given apologetics presentations on more than three hundred college campuses. The God Conversation is our attempt to share with you some of our favorite illustrations, stories and quotes.

In this book, the illustrations are plentiful and drawn from diverse sources and areas of life: current events (terrorist attacks of 9/11, Hurricane Katrina, Mars probe, Bosnian war trials, Virginia Tech shootings), films (Crash, Catch Me If You Can, Erin Brockovich, The Truman Show), favorite TV programs (American Idol, My Name is Earl, Law & Order, America’s Most Wanted), popular cultural figures (Bono, Oprah, Sharon Stone), the parables of Jesus, and some of the most effective illustrations from past and current thinkers, including William Paley, C.S. Lewis, Alvin Plantinga, Machiavelli, Os Guinness, John Stott, Norman Geisler, Alan Dershowitz and Martin Luther King, Jr. We intentionally chose illustrations that are short and easy to remember, and all the illustrations are usefully organized around important topics in order to avoid a mere data dump of illustrations.

This book is organized around common assumptions that people have about God and Christianity, which make accepting the truths of Christianity highly unlikely. For short, philosophers call such assumptions “defeater beliefs.” Our book lays out what we consider to be the five most likely defeater beliefs that Christians will encounter with their non-Christian friends, family, colleagues:

There are three important features that readers can experience with this book. First, each chapter is written in a conversational format. Second, each chapter includes a Digging Deeper side-bar section in order to elaborate on a concept, thought, or assumption. We also include a Further Reading list at the end of each of the five sections mentioned above. Third, each chapter is broken into numerous sections in order to provide quick, handy access to illustrations around a given theme and to also show the range of possible illustrations that one can utilize in any given conversation around a particular topic.

In general, the worldview of theism, and the Christian worldview specifically, is full of all sorts of potential for the creation of narratives, character, plots and settings, whether in the form of books, movies, or personal communication. We have the intellectual resources to empower this endeavor, indeed, we have been doing this for a very long time. This is a valuable way to communicate. I would also like to see Christian communication experts include more apologetical reasoning and material in their various communications, and I would also like to see more apologists learn how to use stories and illustrations more effectively. We need each other to play our parts well!

Our prayer is that you’ll be able to have rich God conversations with those you most care about. In these conversations the illustrations you use, along with the convicting power of the Holy Spirit, will stay with individuals and cause them to wrestle with the truths of Christianity.

Endorsements: "Moreland and Muehlhoff have written a unique and engaging book. The style is casual, yet the topics are treated with sufficient detail and nuance to be helpful. I commend The God Conversation to anyone seeking to discuss these matters in meaningful ways with family, friends and colleagues." —Stan W. Wallace, InterVarsity Christian Fellowship, Faculty Ministry & Emerging Scholars Network, National Director "I love stories and illustrations because of the impact they have had on me. If they have had a similar effect on you, this book is for you. It will reinforce your faith, hone your ability to share your relationship to Jesus Christ and delight your imagination. I cannot give it a higher recommendation." —Clyde Cook, former president, Biola University "Today's culture is increasingly a story-based culture. As Tim and J. P. help to show, a story-based culture does not have to be a culture without truth. This book is an excellent tool to learn how to better communicate the great truths about God, the world, our faith and human nature through stories, modern-day parables, and by listening and teaching like Jesus. It is a must-read for all who want to help others find faith in Jesus Christ." —Alan Andrews, U.S. President, The Navigators "If you are a headhunting evangelist or an intellectual who must have the last word, put this book down and go home. If you love your pre-Christian friends and want stimulating resources to engage them in meaningful spiritual dialogue on hard questions, J. P. and Tim are the mentors you seek." —Dr. Fred H. Wevodau, Director, U.S. Metro Mission, The Navigators "Most conversations, let alone ones about God, are either dull, single-sided or competing monologues full of smoke. It simply shouldn't be. Carrying on a vital, passionate, engaging conversation with another human being is an art that has been sufficiently lost that we need wisdom and perspective on how to engage well. The God Conversation is a gift to the church to invigorate our conversations with believers, seekers and unbelievers. J. P. and Tim walk with us through the use of story and authenticity with such masterful delight that one ends by sensing the authors have given us the very gift we are to give to others." —Dan B. Allender, Ph.D., President and Professor of Counseling, Mars Hill Graduate School, and author of The Wounded Heart and To Be Told Their stories, coupled with advice on constructive listening, will be helpful to any Christian who wants to move beyond ideas and arguments to communicate the gospel using a softer approach. —Christian Retailing, November 2007 The God Conversation offers user-friendly help in countering objections to the faith. —World, March 22/29, 2008 The stories are memorable and thought provoking, and the colver writing brings out the authors' message. This is a well-written guidebook for evangelizing the curious and responding to skeptics. —Jason W. in Church Libraries, Spring 2008

One Response to 'God Conversation'