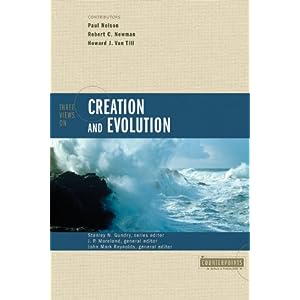 One of the most crucial issues facing Christians living in the twenty-first century is how to think about the authority of science as a source of knowledge in relationship to other sources of knowledge, such as philosophy and theology. (By implication, how we think about technology, for example, is also related to this issue). Moreover, it is very important to recognize, perhaps especially for self-identified conservative American Evangelicals, that how science and theology are related is much broader than the so-called creation vs. evolution discussion; that discussion, however important, is a microcosm of broader philosophy of science considerations. A decade before the Three Views on Creation and Evolution was published, my Christianity and the Nature of Science book was released, and it continues to provide helpful background knowledge about this issue of how science and theology are related.

The question of origins, and specifically what sources of knowledge are relevant for understanding that question and how such sources should be “integrated,” is central to the Three Views on Creation and Evolution book. The three views are: “Young Earth Creationism,” "Old Earth (Progressive) Creationism,” and “Theistic Evolution.” This is not to say that there are only three views on the matter. But among Christians who try to take seriously the claims of scripture, these three views tend to broadly represent people’s perspective.

It was an honor to have my good friend and colleague, John Mark Reynolds, co-edit this volume. He is a top-notch cultural thinker, deeply conversant in the science and theology discussion, and he’s the founder and director of the most fabulous Torrey Honors Program at Biola University. We wanted our book to feature the best representations of each of the three views. So, Paul Nelson and John Mark Reynolds present the Young Earth Creationism view. Robert C. Newman argues for the Old Earth Creationism view. Lastly, Howard Van Till makes a case for Theistic Evolutionism. Each proponent of a view not only offers a positive case for their position but then interacts with Walter Bradley, John Jefferson Davis, Vern Poythress and then I also contribute to each of these responses. The net result is a powerful discussion of responders interacting with leading influencers on these three views. There’s also a decent amount of multidisciplinary thinking in these pages. We close the book with a “final reflection on the dialogue” from Richard Bube and Phillip E. Johnson.

The book has helped to show non-Christians that Young Earth Creationism isn’t the only conservative evangelical view on the matter but that Old Earth Creationism is also viable. Moreover, the book helps to show how Theistic Evolution can interact with the other two views. In this overall dialogue, what we continue to need today is an honest and open recognition of how philosophical and methodological naturalism influences the theistic evolutionist just as the old earth creationist and young earth creationist need to recognize that it’s more than just the weight of scientific evidence for/against their claims that matter since how science and theology are integrated is as important, if not more so.

Lastly, while there seems to be something of a tiredness (if not boredom) with the issue of origins among “younger evangelicals” – an attitude of why fight the previous generation’s controversies – nonetheless, the challenges of theistic evolution toward “conservative evangelical” positions don’t seem to be going away or changing much of their argumentation. Now, there has been a lot of ink, energy, and even noise spent on this topic, and even tremendous effort spent in developing and propagating these three views. Admittedly, and understandably so, this is an area that has tended to be over-discussed.

Related Content: If Three Views on Creation and Evolution interests you, you might also want to consider the following: